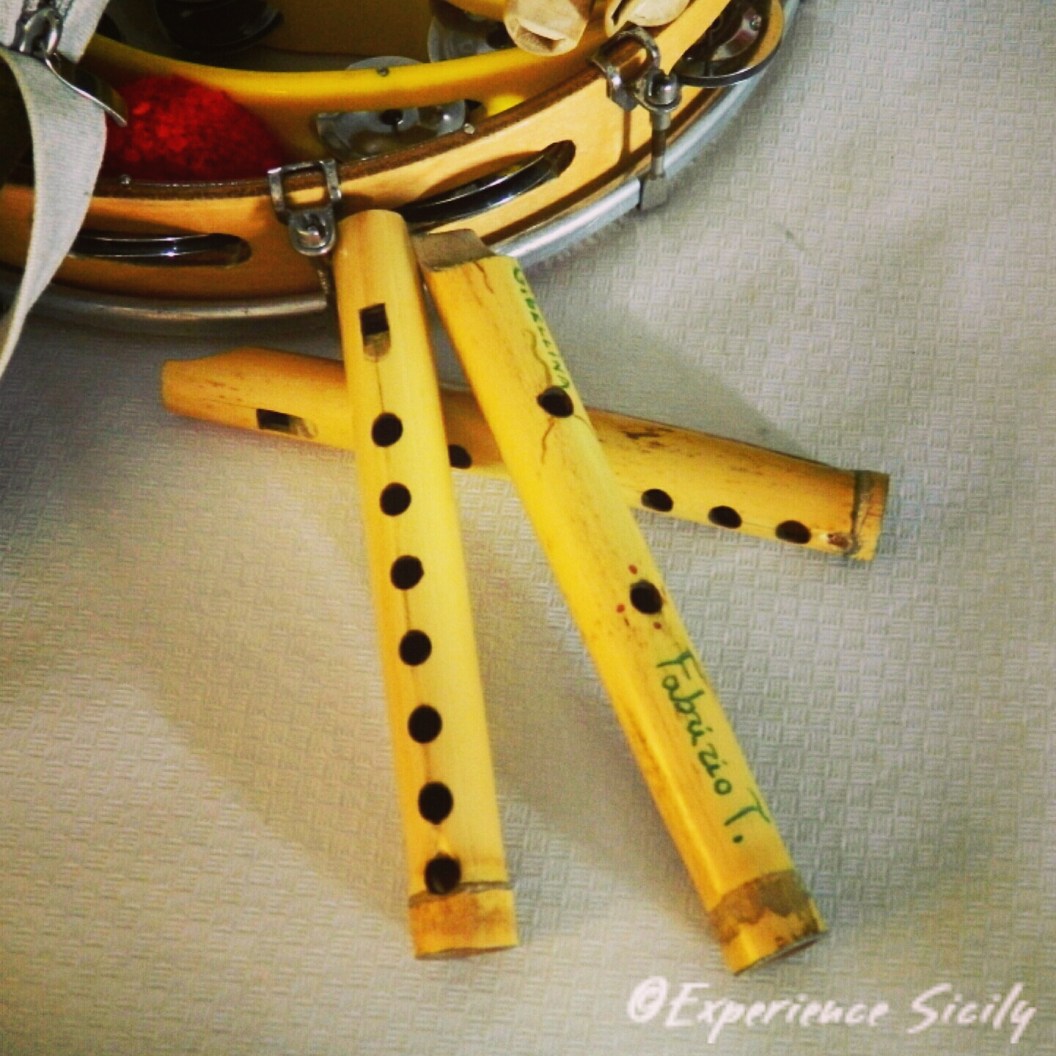 Sicilian music is punctuated with the sounds of the friscalettu or reed flute, pictured. Traditional tarantellas (folk dances) are colored with motives from this instrument, often hand carved by the player using the wood from fig or olive trees or the oleander shrub. Like the harmonica, a friscalettu (friscaletto, in Italian language versus Sicilian) player carries with him or her multiple lengths of this flute and decides which one to play according to the key of the song. Like a recorder, the carved holes (7 generally on front, and 2 on the back) when covered by the player’s fingers determine the pitch sounded when steady breath flows through the canal.

You’ll be able to hear some friscalettu this weekend at the Frazzanò Folk Fest, an ethno world music festival in the town of Frazzanò, in the hills of the Nebrodi Mountains. A global village has popped up in at the Monastery of San Filippo Fragalà where performances of southern Italian and Mediterranean folk music are being featured alongside food, music, and arts and crafts from Sicily and other parts of the world.

This site uses Akismet to reduce spam. Learn how your comment data is processed.